When the Oklahoma Real Estate Commission (OREC) learned the contract with their legacy technology provider was ending, they were faced with the requirement of transitioning their processes to a state-supported software provider in short order. But with reservations around that technology’s capabilities, the organization was determined to find a more sophisticated regulatory software provider that met its requirements.

At the helm of the state-run agency were Executive Director Grant Cody and Deputy Director Bailey Crotty, who both saw the challenge they were faced with as an opportunity to completely modernize and automate OREC’s manual and antiquated processes for issuing and renewing licenses. Determined to find a vendor able to meet their list of needs and aggressive implementation timeline, OREC saw an immediate fit when they met the team at Thentia.

The scope of the project was substantial for the organization, given its history and magnitude. Founded in 1949 and serving as the sole government entity to regulate and issue all real estate licenses in the State of Oklahoma, OREC encompasses four divisions: administration, licensing, education, and investigations. Overseeing approximately 22,000 active licensees annually with roughly 600 license renewals processed monthly, a robust, cloud-based platform was long overdue.

Before implementing Thentia Cloud, OREC defined its process of issuing and renewing licenses as a never-ending data tailspin fraught with time consuming manual tasks. According to Crotty, OREC’s small-but-nimble team of staff had grown accustomed to spending countless hours on cumbersome and laborious work.

With no automations, data extraction capabilities, or integrations with external systems, the old way OREC operated its process was nothing short of clunky and outdated. This meant the organization had to manually update licensee records for every update or change.

OREC’s processes involved managing paper applications and documents, chasing payments, dealing with mail delays, and manually sending out renewal notices on a case-by-case basis, among many other tedious functions. Crotty acknowledges that because of the absence of a standardized process or the ability to automate tasks, issuing and renewing licenses could take days or even weeks to complete. Also, OREC’s licensees are required to renew their license every three years based on their initial licensure date, which left the staff stuck in a never-ending renewal period and in desperate need of a better, more efficient solution. 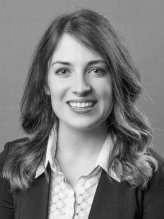 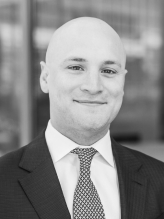 Thanks to Thentia, OREC is now operating in the 21st century, and we are extremely proud of the application and renewal system they’ve built for us.

The need for a quick implementation without compromising product functionality

Because OREC only had a few short months to transition to a new software provider before their existing platform’s end date, the agency was faced with the challenge of finding a partner that could migrate them to a new solution quickly, without astronomical upfront implementation fees.

It was clear to OREC almost immediately after their initial product demonstration that Thentia Cloud was the right choice for their agency. “We were instantly blown away by the product and just how much more sophisticated it was compared to the big giants in the agency licensing cloud software space,” Grant says. “Everything wowed us—the aesthetics, functionality, automations, security, and integrations.”

When Thentia Cloud was recommended to OREC by an industry peer from what Crotty defines as a very reputable and trusted state for real estate regulation, the organization took it very seriously. “It was a no-brainer for us when push came to shove,” Crotty says. “Thentia Cloud was a well-rounded front runner from the get-go.”

More than anything else, OREC wanted a quick implementation that didn’t sacrifice product functionality. They had heard from various peers in the industry that even after long, drawn-out and costly implementations, many had products that were not still fully operational, and OREC refused to see themselves in that situation.

From the project start, however, Crotty says OREC was more than impressed with Thentia’s ability to execute the project quickly and without any product trade-offs along the way. “My biggest belief is that having the right people in the right places is one of the hardest things any business can nail. Thentia has done an outstanding job of putting the right people in the right places.” Crotty adds, “We could tell we were in good hands from the very beginning of the process.”

There was no question that OREC’s requirement to have a full data migration and a fully implemented system in place within only four short months involved an incredibly tight timeline. But with an exceptionally progressive, committed, and fast-paced team lined up for the project, Thentia commenced the process on September 1, 2020 and successfully launched OREC on Thentia Cloud at full functionality by December 31, 2020. “We were told we were going to be given the strongest team to get the project done on time, and that’s exactly what happened,” Crotty says.

According to Julian Cardarelli, Thentia’s Chief Executive Officer, the ability to migrate OREC to Thentia Cloud so quickly comes down to the company’s comprehensive understanding of the agency licensing ecosystem. “Our platform was built for licensors, by licensors. When you’re doing a huge enterprise transition from one system to another, the vendor absolutely needs to understand the fundamentals of the client’s business, otherwise there’s simply no way that there’s going to be that level of success,” Cardarelli explains.

“The framework that we’ve developed over many years was built with the capability of getting our customers up and running fast,” adds Cardarelli. “Our product is truly malleable, and we built our technology so that we’re able to accommodate our customers’ individualized needs quickly, notwithstanding the level of customizations that they require. We’re very proud that Thentia Cloud is now the Oklahoma state standard for both occupational and non-occupational licensing.”

Since deployment of Thentia Cloud, OREC has achieved profound quantifiable benefits which have completely modernized, systemized, and automated how licenses are issued and renewed by all real estate professionals in Oklahoma.

Within only three months of its go-live date, 97 percent of OREC’s licensee applications were received through Thentia Cloud and were all reviewed and approved within one business day, 75 per cent of its licensees that were up for renewal during that period completed their license renewal online, and over 50 percent of new applicants had their license issued online. In addition, OREC reports that in those first three months alone, over 40,000 automated notices were distributed via Thentia Cloud and the organization estimates it eliminated over $25,000 in direct mail expenses.

Crotty also notes that as a result of Thentia Cloud, OREC has also seen a decrease in unlicensed real estate activity due in large part to enhanced automations and renewal notices, which ensures that its licensees are renewing on time and are able to do so quickly and efficiently online. Once beset by clunky, manual, and time consuming processes, OREC now has the functionality to seamlessly export data and customized reports. As a result, the agency is positioned as a front runner in the state’s real estate ecosystem and now shines a spotlight on industry activity by providing valuable and reliable data to colleagues and partners.

“Thanks to Thentia Cloud, OREC is now operating in the 21st century, and we are extremely proud of the application and renewal system they’ve built for us.”

Oklahoma State Board of Osteopathic Examiners