What are the basic goals of regulation? What are the different ways in which a regulator can endeavor to protect the public interest? We break down this and more in our latest whitepaper excerpt. 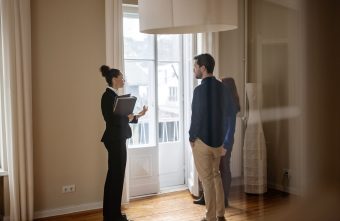 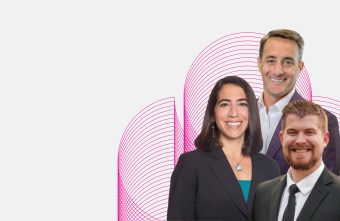 Restrictive regulation prevents people from doing certain things; only individuals who are deemed competent and ethical by the regulator can be registered or licensed. Those who are not registered or licensed cannot use protected titles or perform certain activities. For example, in the U.S., if you want to become a teacher, you must have a clear listing in the National Association of State Directors of Teacher Education and Certification (NASDTEC) database. Without this clearance, a teacher cannot be licensed.

In the U.S., several non-lawyer legal professions are specifically recognized and each of their scopes are narrowly defined. Currently, California is the only state to regulate paralegals, and the governing law requires persons who refer to themselves as “paralegals” to meet certain education/experiential qualifications. The state of Washington created a “Limited License Legal Technician” profession, which limits practice areas and requires certain educational/experiential qualifications and continuing legal education. Utah does the same in terms of its “Licensed Paralegal Practitioner,” who can only practice in select areas of law.

Another example of restrictive regulation can be found in the many medically focused regulators in various Canadian jurisdictions. These regulators use a model of “controlled acts,” wherein various professions can perform one, some, many, or no controlled acts. For example, only certain professions with authorization can perform acts such as intubation. Several years ago, acupuncture was added as a controlled act to the legislation overseeing Ontario health regulators, as the prevalence of it being performed by several different professions became apparent along with the potential risk of harm of this practice.

Reactive regulation occurs in response to complaints, changes in law, reports of misconduct, and other inciting events. For example, when the Provincial Court of British Columbia enacted policy asking lawyers to provide gender pronouns while introducing themselves in court, the Benchers of the Law Society of British Columbia adopted changes to make the language of the Law Society Rules more inclusive, changing more than 100 instances of gendered pronouns to gender-neutral and non-binary terms.

These changes began in 2019, when the British Columbia Court of Appeal revised its direction for appearing in court regarding use of pronouns and forms of address in court proceedings. The practice directive states that “Before the judges enter the courtroom, the appellant(s) or their counsel and the  respondent(s) or their counsel advise the court clerk their names, their preferred manner of address (e.g., “Mr./Ms./Mx./Counsel Jones”) and the party they represent.”

In December 2020, the Provincial Court and the Supreme Court of British Columbia followed suit and issued similar notices. In response to the directives from all three courts, the Law Society of British Columbia’s Board of Directors adopted changes to make the language in the Law Society Rules more inclusive. This included changing more than 100 instances of gendered pronouns to gender-neutral and non-binary terms.

The issue of gender and pronouns has been a hot topic for regulators over the past few years. Many have taken reactive measures to ensure their organizations keep pace with the public on this topic. The U.S. Federal Trade Commission, for example, recently amended its Rules of Practice to eliminate the use of “he,” “him,” or “his” as default pronouns. The revision suggests using the singular “they” as an alternative, citing style manuals like the AP Stylebook and the Chicago Manual of Style.

Proactive regulation intends to support high-quality standards in each profession. Proactive regulators facilitate activities to encourage competence across their industry. This can include communicating with registrants/licensees about emerging or recurring problems, continuing professional development, performing inspections/audits, and facilitating improvement practices.

Beyond communications, some regulators who create their own continuing education programs may develop more in-depth training courses in response to current events. In the era of COVID-19, for example, proactive regulators might respond to government policy by encouraging social distancing standards in their industry.

Proactive regulation is also often informed by reactive regulation. Where a regulator sees an uptick in a certain type of complaint, they may issue a news release or bulletin to the profession and the public to be aware of a particular emerging issue. For example, in July 2021, Health Profession Regulators of Ontario (HPRO) began a survey on equity and anti-racism to take action regarding the vulnerabilities of registrants and staff who are the victims of discrimination, unconscious bias, and systemic racism.

Some organizations that participated in the survey, like the College of Kinesiologists of Ontario, are currently awaiting results and analysis. The administration of the survey, however, and any action taken in response to the results, are both common examples of proactive regulation in action. In particular, proactive regulation requires a deep and constant awareness of public and/or industry discourse to ensure regulators stay on top of emerging issues.

The goal behind transparent regulation is to maintain a certain degree of accountability within an industry or profession. Transparent regulation involves communicating with the profession and the public on its processes and decisions. This can include maintaining a public register of registrants/licensees which includes complaints and discipline history so that the public can make an informed public choice of practitioner.

Transparent regulation can also include things like creating accessible content on a regulator’s website that is intuitive to find and easy to understand, particularly for the public. A regulator may have a public register, but if it is difficult to use or navigate, the effectiveness of having the register is partially lost. Many regulators have also created video content on topics like complaint filing to help the public better understand these processes.

Depending on their legislative mandate and the unique challenges they face in their daily work, regulators may draw upon any combination of restrictive, transparent, proactive, and reactive regulatory measures to best protect the public interest. By breaking regulation down into these four categories, we gain an increased understanding of the basic goals, methods, and dynamics of regulatory work, and we see more clearly how government leaders can achieve regulatory excellence.

Learn more about the fundamental goals and principles of regulation in our first informative whitepaper, “The Goals of Professional Regulation: How Regulators Act to Protect the Public.”