The potential dangers of self-regulation 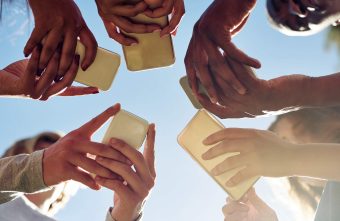 Imagine a legal system where lawyers run the show – a system where complaints go unhandled, where meetings devolve into pedantic discussions of issues that barely concern the public. Critics argue such a system exists already, for example, in Ontario’s legal market. At its best, self-regulation gives high-level experts the power to make the difficult decisions involved in judging their peers. But what harms does it create at its worst?

Self-regulation is a privilege for professionals. Without federal officials overseeing matters that often require professional expertise, self-regulated industries can defer to elected (or appointed) leaders who ostensibly have the knowledge and experience to protect the interests of the citizens these professionals serve. But with this power comes responsibility. After all, leaders in self-regulation arise from the ranks of the very professionals they now oversee.

Though self-regulators are expected to serve the interests of the public, if they are elected, they are beholden to the interests of these professionals as well. Regulators are cartels – legally sanctioned ones but cartels nonetheless. In matters of licensing, for example, self-regulators can work together to uphold strict and complicated certificatory requirements to keep the labor supply thin and prices high.

Industry self-regulation is seen by many critics as placing power in the hands of those most likely to abuse it. Such a system can lead to ethical and public safety consequences. Here we will take a look at some of self-regulation’s most dangerous potential and the steps government can take to mitigate it.

How can self-regulation betray the public interest?

A 2019 article from Canadian Lawyer Magazine describes the failings of the Law Society of Ontario, a self-regulatory body that continues to face challenges in how it speaks to the public interest. Lawyer and former member Rebecca Durcan reports that board meetings have often fallen into disarray, with dozens of lawyers jockeying for the microphone to squabble over small formalities and issues that don’t necessarily concern the public.

Though the law society’s board doesn’t usually make direct regulatory decisions that affect the licensing of lawyers (these decisions are left to the law society tribunal, a regulatory body which will be discussed in a future blog post), it does deal with the regulator from a business perspective, discussing strategic priorities, budgets, and other related matters. The Canadian Lawyer Magazine article argues that the disarray of the board continues to impede the Law Society of Ontario and its ability to serve the public.

A 2018 report from regulatory expert Harry Cayton details issues with the administration of the College of Dental Surgeons of British Columbia, which regulates dentistry and some related professions throughout the province. Cayton’s report portrays a board that, among other things, held secret meetings and stored records offsite because of a distrust in its registrar.

Cayton writes that these problems partially arose “from the belief by many dentists that they ‘own’ the College, that the Board therefore embodies the College, and that staff are merely functionaries whose role is to do the bidding of the board.” In response to the report, the provincial government completely reformed the board, appointed more public members, and required the College to implement 22 recommendations (which it has since done).

When self-regulated bodies abuse their power, critics often call for a return to total public regulation. While this might make sense, the examples presented show that there are also steps self-regulators can take, perhaps at the behest of the government, to ensure a single-minded focus on the interests of the citizens they serve.

Is there a solution for self-regulators?

By appointing more public members to their administrative boards, self-regulators can amplify the voices of citizens within their ranks to promote the interests of the public. This process is already underway among many self-regulatory organizations. Rebecca Durcan notes that the U.K.’s General Medical Council, for example, now has 50% public representation.

Another way self-regulators can better hold themselves accountable to the public is by appointing their leadership rather than electing it. In a 2019 article from the Canadian Medical Association Journal (CMAJ), Rebecca Durcan, a lawyer at Steinecke Maciura LeBlanc in Toronto who practices exclusively in the area of professional regulation, argues that “you shouldn’t be [in charge of a regulatory body] because you are the most popular doctor. You shouldn’t have a constituency.”

Outside of a complete return to public regulation, one of the most impactful steps a government can take to reform self-regulators is establishing a regulatory oversight body. By regulating the regulators, governments can continue to defer most of the work to them while still maintaining a degree of participation and supervision. CMAJ’s 2019 article argues this type of organization can come in tandem with a separate body dedicated to fielding complaints and levying penalties.

The future of self-regulation

Self-regulation represents an opportunity for professionals to keep themselves and their peers in line. While it places power in the hands of experts and reduces the burden on taxpayers, the privilege of self-regulation comes with the risk of abuse. Though the future is unsure considering regulatory failings in areas like the B.C. dental market and the Ontario legal system, there are still opportunities for self-regulatory organizations to improve their accountability by taking steps to make sure they are beholden to the public interest.