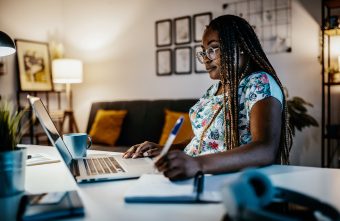 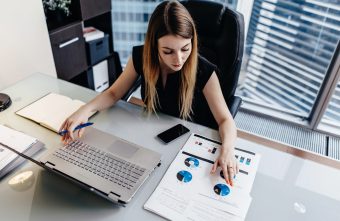 A Maine doctor had his license suspended after he was accused of spreading COVID-19 misinformation. Vaccine exemption letters signed by Dr. Paul Gosselin and other misinformation reports led Maine’s Board of Osteopathic Licensure to suspend his license. Gosselin, who has practiced as an osteopathic physician in the state since 1999, “engaged in conduct that constitutes fraud or deceit,” as well as “incompetence” and “unprofessional conduct,” according to the board. Read the full story at the Miami Herald.

A recent Economic Matters Committee meeting in Prince George’s County, Maryland, held over an alleged appraisal bias among real estate appraisers was criticized for not having any appraisers in attendance, according to WUSA9. The meeting, which featured presentations from Maryland’s Commission of Real Estate Appraisers, the Maryland Association of Realtors, Appraisal Management Companies and Home Inspectors, and the Prince George’s County Association of Realtors, was gathering to discuss allegations of appraisal bias. An investigation on the matter reported a number of homeowners who claimed their homes were appraised differently on racial grounds.

Construction industry representatives in Ontario are both optimistic and doubtful the province’s newly hired Ministry of Labour, Training and Skills Development (MLTSD) inspectors will restore effective enforcement of trades compliance after College of Trades (OCOT) inspectors took a hiatus in serious enforcement for over two years. The college’s compliance and enforcement policy was recently amended to target education and compliance assistance and observers noted that OCOT inspectors stopped writing compliance tickets in 2018, when the current government said it planned to wind down the organization. Read more at Daily Commercial News.

Investigation over school board head’s alleged ‘dossier’ of protesters concludes

Police in Scottsdale, Arizona, closed their inquiry into a former school district head who faced accusations he retained and shared a digital repository of sensitive data, including professional licensing and mortgage information, belonging to parent protesters who attended board meetings. Jann-Michael Greenburg was ousted as school board president in November after it was alleged he had a Google Drive with attendees’ names, addresses, pictures and other personal information, though he refused to resign from the board. The full story can be found at 6KPVI.

Bill looks to give more flexibility to Michigan healthcare workers

Michigan’s Senate Health Policy and Human Services Committee introduced a bill that would codify a provision that gives hospitals flexibility to appropriately respond to the pandemic – a provision that expires Jan. 11. Introduced in March 2020 by the Department of Licensing and Regulatory Affairs Bureau of Professional Licensing, the provision was a response to the COVID-19 pandemic that activated statutory authority to grant licensure exemptions in a time of disaster. The move permits healthcare providers from other states who are also “in good standing and trained, educated and experienced to render medical care in Michigan” to practice in the state without a Michigan license.