A must-read publication for regulators and CISOs that provides essential commentary and innovative ideas from global regulatory experts. 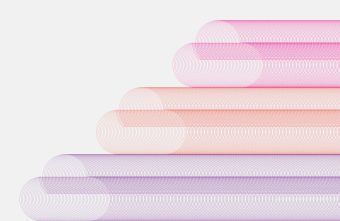 Insight
Thentia Cloud: The power of a single, digital platform
As more regulators choose to move their systems to the cloud, how can they know which vendors to choose? And what separates Thentia Cloud from the rest? We look at this and more in our latest blog post.
June 30, 2022 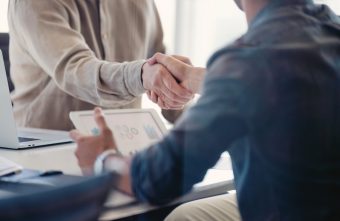 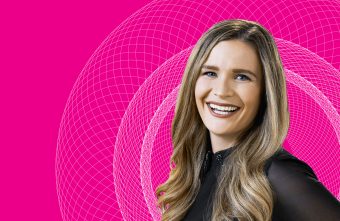 Toronto – May 26, 2022 – Thentia, a global industry-leading government software-as-a-service (SaaS) provider for regulators, is excited to announce the official launch of Ascend Magazine, a must-read publication for regulators that provides critical insight into the world of regulation and digital government, as well as commentary from established regulatory leaders.

Created specifically for regulators, CIOs, and CISOs in government, Ascend Magazine strives to connect the dots between the policymakers who enact and amend regulatory legislation, the technological approaches that support effective regulation, and the people who bring regulation to life every day.

Critically, Ascend Magazine features opinion, commentary, and analysis from some of the foremost voices in regulation from around the world, including Professor Marie Bismark, a renowned researcher, author, and public health lawyer, Harry Cayton, a leading regulatory authority and innovator, and Anna van der Gaag, a speech and language therapist currently serving as Visiting Professor in Ethics and Regulation at the University of Surrey, among many others.

Thentia was inspired to launch Ascend Magazine after searching for a publication that connected regulators and discussed the important issues, strategies, and people behind regulation.

“Although every regulator is distinct, there are common threads between them,” says Julian Cardarelli, CEO of Thentia. “They all seek to fulfill mandates laid out in legislation, many are in the throes of digital transformation, and they all serve the same purpose: to protect the public. We hope Ascend Magazine will inspire the kinds of conversations that need to be happening around regulation, between regulators themselves and their government and public stakeholders.”

Ascend Magazine’s mandate is to explore issues, developments, and impacts around regulation, licensing, policy, and digital government. As a home for news and ideas around regulation and what it means to all stakeholders, Ascend Magazine looks at the impacts of presidential executive orders on professionals, the pace of licensing reform and deregulation efforts across the U.S., and the role of AI in regulation within its editorial coverage. Ascend Magazine also tackles the challenges of digital transformation, the recent explosion of cybersecurity incidents, the pandemic’s impact on regulation, and the application of regulatory theory in a real-world context, among other topics.

“Whether it’s a building collapse, illegal market manipulation, misconduct perpetrated by a licensed professional, or a rocket launch, regulation makes headlines every day,” says Ascend Magazine Editor Paul Leavoy, who has nearly two decades of combined experience in journalism and technology. “However, due to swift news cycles, media outlets rarely discuss the nuances behind these events: the people, processes, and technologies that can lead to these situations, how we learn from them and how the system improves to protect the public in the future. It’s these and other insights we hope to shed light on with Ascend Magazine.”

To learn more about Ascend Magazine or to subscribe to receive daily, weekly, or monthly emails with the latest news, opinions, and insights into the world of regulation, visit ascend.thentia.com.

Thentia is a global company with teams operating in the United States of America, the United Kingdom, and Canada and is trusted by regulatory bodies and government agencies worldwide with more than 8.5 million active licensees across the globe using its platform. Thentia was developed by subject matter experts with a mission to transform government technology through best-in-class capabilities. Its modern and elegant solution, Thentia Cloud, is revolutionizing the way regulatory bodies and government agencies manage data and licensing by bringing the entire process into the 21st century with speed, automation, ease of use, and best-in-class support. For more information, visit thentia.com.

For more information or to arrange an interview, please contact: